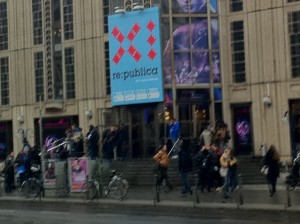 modern revolutions are digital revolutions
modern revolutions are digital revolutions was my first panel. there were amira al hussaini from bahrein, claire ulrich (deutsche welle) and ludger schadomsky (situated in ethiopia). there wasn’t anything new discussed. mobile plays a big role in africa. could social media be regarded as catalyst. to this a. al hussaini said that bloggers were double: as activists and as bloggers. not in all countries it is possible to use internet infrastructure to connect and express oneself as a human being which a. hussaini stressed was the advantage of social media. l. schadomsky put in the discussion the state of civil society which must have been evolved to a certain degree so that social media can have an effect.
it was still impressive to review the past protests in tunisia and egypt with the unexpected result that long reigning dictators had to take their leave. 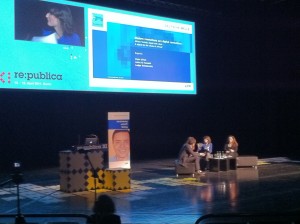 chris taggart emphasized the relevance of open data because governments have become less powerful. powerful are facebook, big supermarkets or transnational enterprises. at the same time the local is important for people.
Openly Local provides data to the public from councils in a straightforward manner. the same is done for enterprises with opencorporates. interesting, because the data is there, but no one makes really use of it. it went as far as to say that sql queries replace journalistic research. 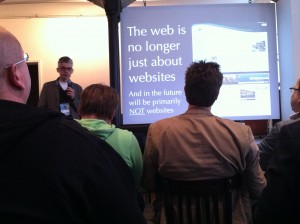 in this way gregor aisch interpreted his own work: as visual data journalism. beginning with a graphics that showed how many people lived in a certain radius around nuclear power sites. the combination of statistical data with geographical information can lead to similar results. aisch did this for the german weekly Die Zeit. he said that a programmer is needed to prepare this kind of journalistic information (visual datamining). in the discussion he got dissent because it was commented that there is bias to it or intention that is presented as data.
from my point of view this was very interesting because i dealt with visualization of information the other day, especially mashups on the one side and with webservices on the other, a modus to make data available. 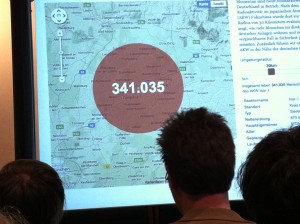 how journalists find and use data securely

the show went on and the next session was a response to the programmer’s plea. christina elmer from dpa (german news agency) presented a way to visualize data without programming skills. she described very precisely the methods to get hold of data, for instance from institutions, to prepare and to read them. in her view journalistic work consists of more than programming skills. 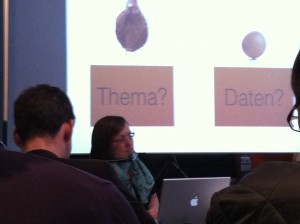